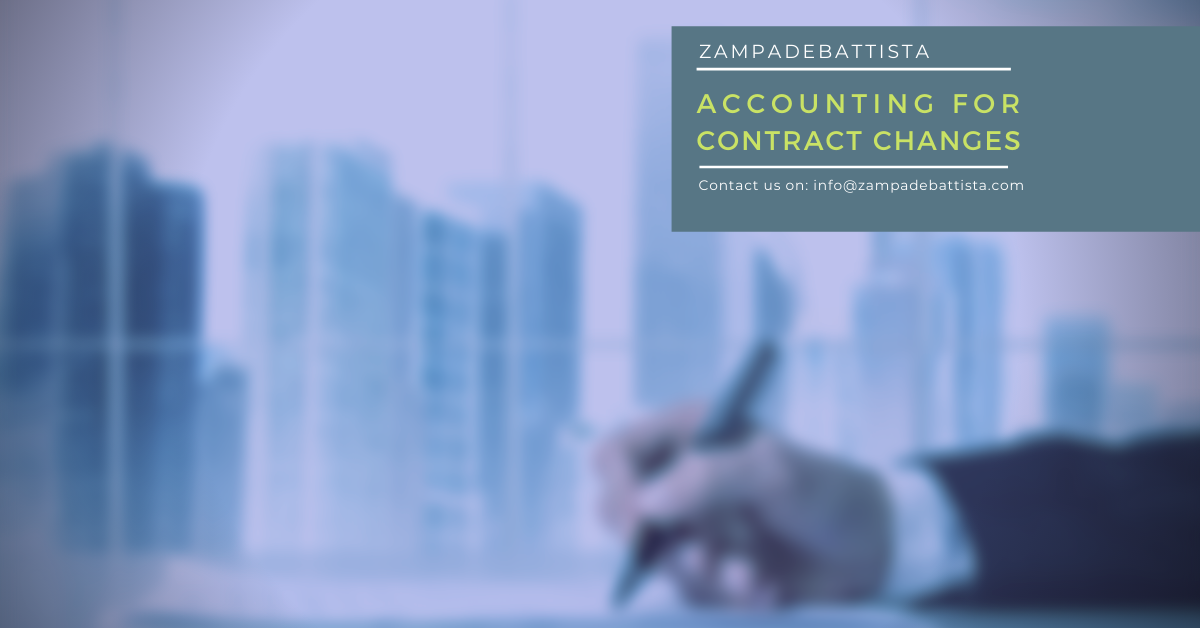 Certain IFRS standards include specific provisions relating to changes in contract terms. Primarily, these standards are:

A substantial change results in the derecognition of the original instrument, and the recognition of a new instrument under the new terms, and is referred to as extinguishment accounting. Other changes are considered non-substantial, and require modification accounting, whereby the original instrument is adjusted but not derecognised. The standard includes more detailed guidance, such as on how to treat fees connected to the change in terms and which effective interest rate to use.

In the case of assets, the assessment of whether the change in terms is substantial or not is more judgmental, although the application of 10% test by analogy is also usually acceptable in practice. Another important consideration in the case of assets is that of resulting impairment implications.

IFRS 15 ‘Revenue From Contracts With Customers’

Amendments to the terms of contracts with customers depend for starters on whether the contract modification is approved. It is not necessary that the approval is in writing.

Other than that, there are three types of modifications for contracts with customers:

Type 1 – The modification is accounted for as a separate contract: In this case, the modification adds distinct goods and services that are priced commensurate with stand-alone selling prices.

An example of this is an initial agreement with a customer to sell 100 units at €100 each, and a few weeks down the line, the two parties negotiate that a further 20 units be supplied at their updated price of €105 each.

Type 2 – The modification is accounted for as a termination of the existing contract and the creation of a new contract: In this case, the remaining goods or services are distinct from those already transferred.

An example of this is an agreement with a customer for the supply of cleaning services for three consecutive years. However, two years down the line, due to COVID-19, the cleaning service charge for the third year is reduced drastically, and in compensation an extension of the contract is done.

Type 3 – The modification is accounted for as part of the original contract. In this case, the remaining goods and services are not distinct from those already transferred.

An example of this is a revision of the agreed contract price of a turnkey project whilst the project is in progress.

On both the lessor’s and the lessee’s side, a lease modification that increases the assets being leased is accounted for as a separate lease contract, insofar as the change in the consideration is commensurate.

In the case of lessees, certain contract modifications require a remeasurement of the lease liability, and an adjustment of the right-of-use asset. Such instances include:

In the case of lessors, lease modifications other than those to be treated as separate leases require an assessment of whether the leases in question constitute operating leases or finance leases.

In the case of finance leases, one needs to ask whether, had the modification been in place since inception, it would still have been classified as a finance lease.

In the case of operating leases, lease modifications are accounted for as new leases from the effective date of the modification.

Should you wish to discuss further our IFRS team would be happy to assist you.

Disclaimer – Please note that this article is intended for information purposes only and whilst utmost care has been taken to ensure a correct application and interpretation of IFRS rules, Zampa Debattista shall bear no responsibility legal or otherwise, for misuse.